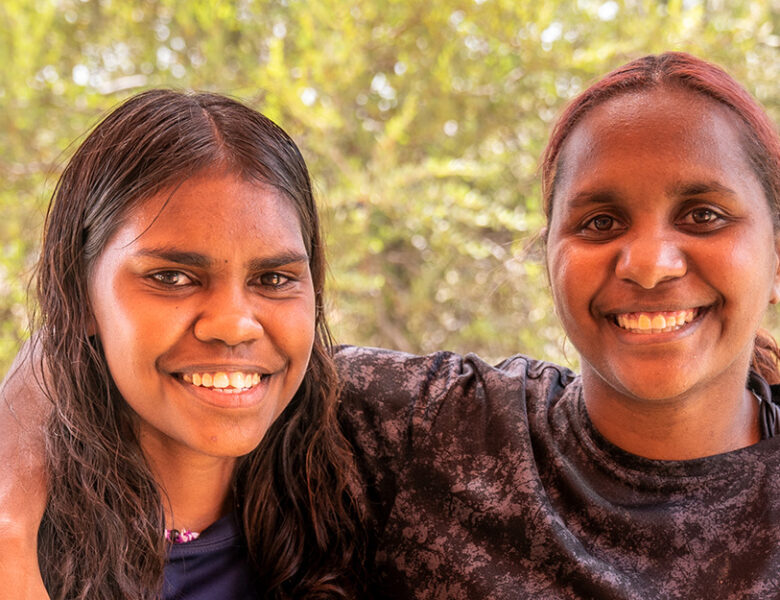 B Part of It NT

At a time when vaccines are a huge topic of conversation, researchers at the Women’s and Children’s Hospital are breaking ground with a vaccine that is hoped to prevent two diseases for teens across the Northern Territory, especially in remote communities.

The Women’s & Children’s Hospital Foundation is proud to support ‘B Part of It NT’, a project led by the University of Adelaide’s Professor Helen Marshall, who was recently awarded the title of SA Australian of the Year for her amazing work. The project is looking into the effectiveness of the Meningococcal B (Men B) vaccine in preventing Men B disease and gonorrhea. 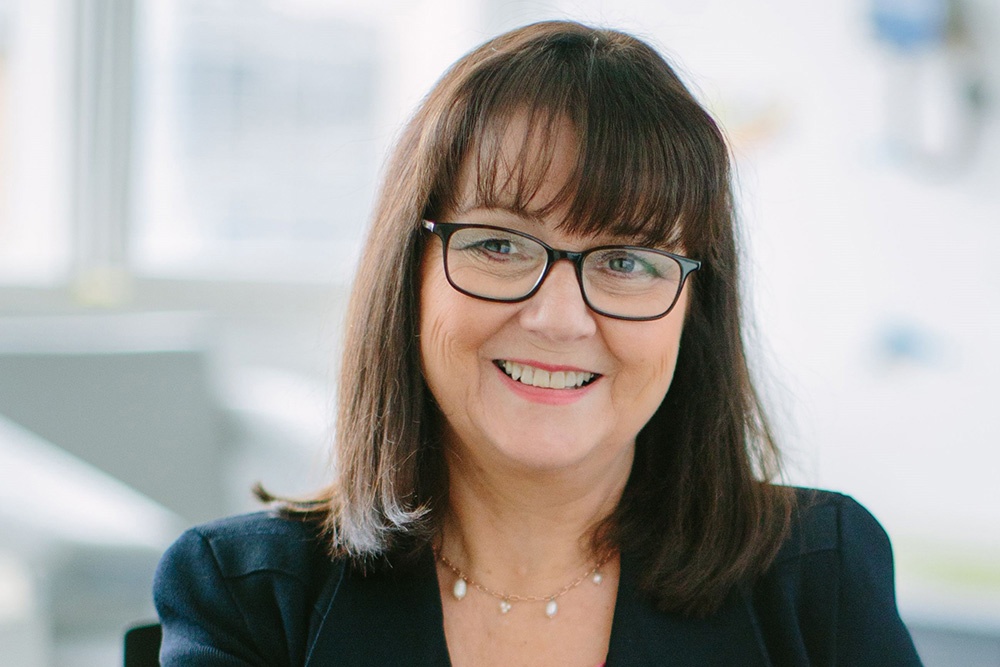 Men B and gonorrhea in the NT

Prof Marshall and her team are rolling out the Men B vaccine in the NT with the aim of vaccinating 5,000 14 to 19-year-olds through schools and remote communities.

“Both diseases can cause massive long-term health burdens for patients and communities. Death, loss of limbs or brain damage can occur in Meningococcal sufferers, while infertility and blindness in newborns can result from untreated gonorrhea.” 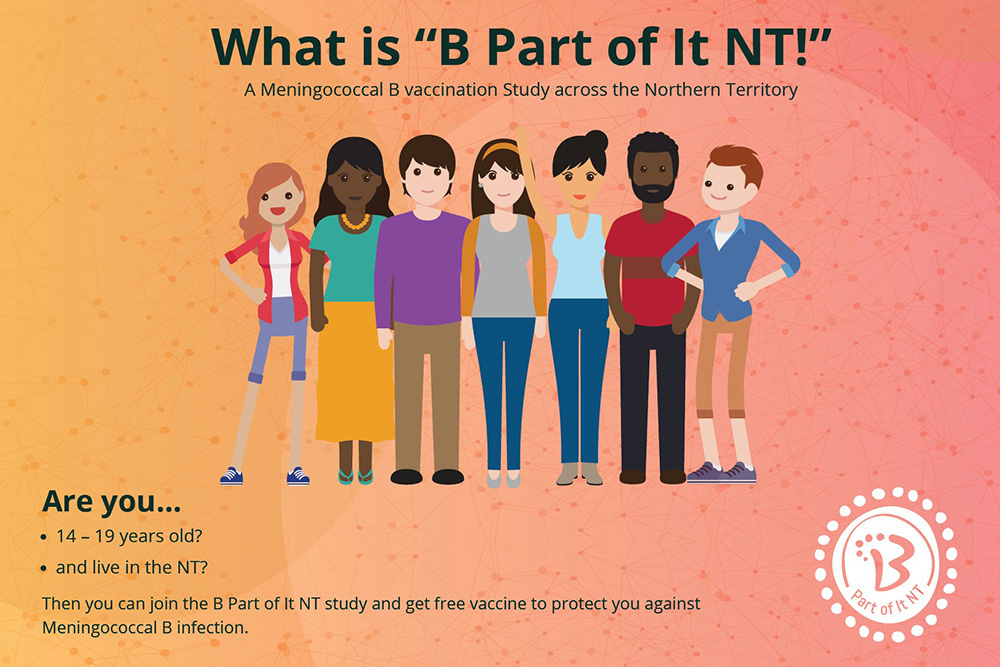 B Part of It NT infographic.

Prof Marshall said this vaccine will have a significant impact on Aboriginal and Torres Strait Islander young people, especially those living in remote communities, who are most at risk for both diseases.

“The Meningococcal B vaccine is currently free only in South Australia and for Aboriginal and Torres Strait Islander babies from six weeks, with a catch-up program for children up to two years of age. This is because Aboriginal infants have six times the increased risk of meningococcal disease compared to non-Indigenous infants.” 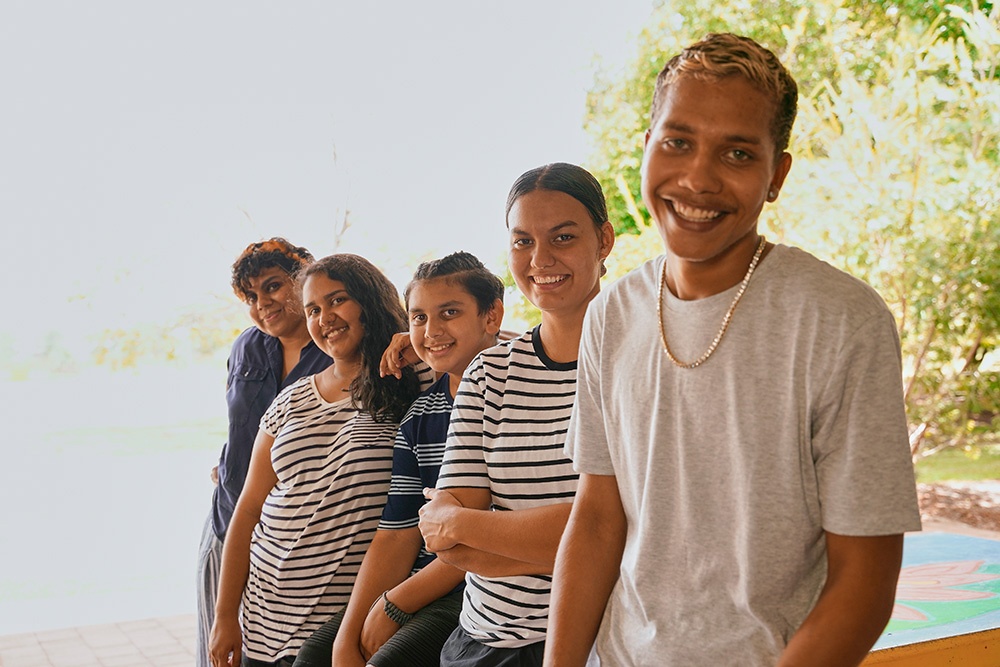 Prof Marshall said this vaccine will have a significant impact on Aboriginal and Torres Strait Island young people.

The final phase of the project would combine the results from the NT with a successful study previously completed in SA to provide a robust, definitive answer to an internationally important issue.

Prof Marshall hopes this project will have a significant impact on young people worldwide.

“The ultimate outcome from the program would see the Meningococcal B vaccine provided for those at highest risk of both diseases as an ongoing program,” she said.

“As there are 106 million cases of gonorrhea every year globally, these results are not only important for Australia but also for the world.” B Part of It NT at Titjikala Health Centre.

The WCH Foundation’s support of this project was made possible thanks to individual and corporate donations from partners in SA and the NT.

Funds raised through the sale of Coles ‘Mum’s Sause’ pasta and pizza sauces in the NT, as part of the Curing Homesickness initiative, will ensure young people living in 30 remote and very remote communities throughout the NT will have access to the study and vaccine.

*Images courtesy of Be Part of It NT and Callie Rose Communications.