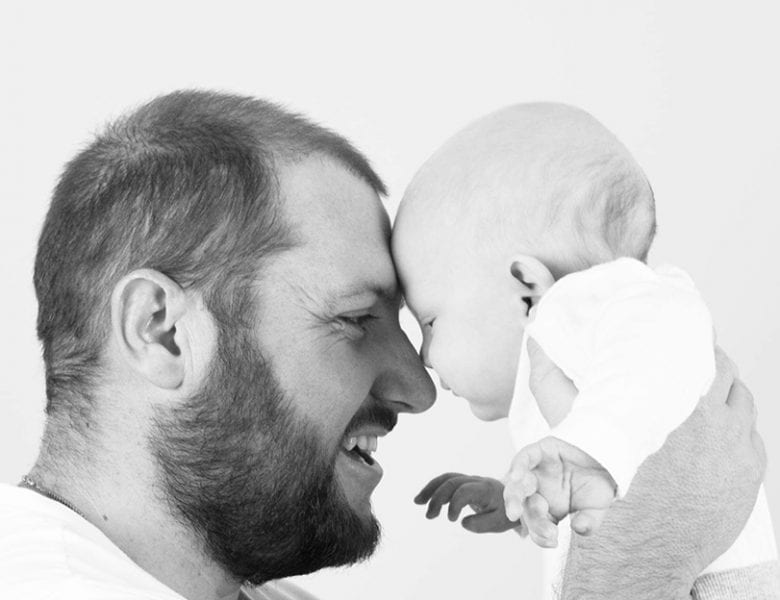 Our 2021 Super Dad competition has ended and, as usual, we were absolutely overwhelmed by the nominations we received for the amazing dads in our community!

So many of these dads have gone above and beyond for their families and their stories are truly inspiring.

It was incredibly hard to narrow down the nominations from partners, siblings, kids and friends but we are delighted to announce that our Super Dad winner for 2021 is Wayne, with Matthew and Neti as our two finalists!

All three Super Dads have received a Presidential Hamper thanks to our friends at Charlesworth Nuts. Wayne with his daughter, Chelsea.

“Wayne is definitely a Super Dad with six children.

We have a daughter with cancer who was diagnosed 14 months ago, and we also have an 18-year-old with dementia.

It’s been a really tough year with our youngest in hospital 22 weeks out of 52, leaving my husband to deal with our other five children at home including the one with dementia who needs full-time care.

Juggling appointments and our family business which he also has had to run solo, having trips from Woodcroft to the Women’s and Children’s Hospital most days as well as fitting his work and appointments in too. He’s been so tired but keeps going, especially when four times in last 14 months we were told we could lose our daughter.

He is the rock who keeps us all going with his calm, quiet demeanour. We just couldn’t have got through this last year without this wonderful man.” Matthew with his daughters, Sophie and Hannah.

In 2019, Sophie was diagnosed with Stage 4 Neuroblastoma and underwent nearly 18 months of gruelling treatment. Matt continued working his fulltime job in science, helped care for his two girls and stayed up late most nights researching the latest advances in Neuroblastoma research.

Three months after completing treatment, Sophie relapsed with a tumour on her brain and ran out of curative treatment options in Australia. Once again Matt was up late every night doing research.

After contacting doctors in the US and Europe, it was decided that we would go to Barcelona for lifesaving cancer treatment. Sophie had brain surgery, chemo, and radiation in Australia and while I supported her through the majority of her treatments, Matt continued to work fulltime and stay up late organising all the details to get her to Spain.

In March this year our family of four flew out to Spain for Sophie’s cancer treatment and with Matt’s support we navigated all the challenges that a foreign country and the COVID-19 pandemic brings.

Matt is an amazing father and his love of his family and his passion for a cure for Sophie is what drives him every day. Most fathers say that they would go to the ends of the earth for their kids, but I feel like Matt has done that and that is why he’s a super dad.” Neti with his wife and grandchildren.

“Neti is an amazing and loving father to five grandchildren.

Our daughter, a single parent with five children aged nine to 19, died from a brain tumour last year so Neti became a parent again in his mid-seventies.

He took all the children into our home and helps them with schoolwork, goes with them to basketball, netball, tennis, scouts, and music lessons. He helps with the cooking, shopping, washing, and cleaning but most of all he provides love for our busy family. One special time has been at the WCH with the youngest who shattered his elbow on a skateboard days before his mum’s terminal illness.

Neti is a wonderful Dad. He gives himself to others, especially children and young people.”

We wish all the amazing dads in our community a very happy Father’s Day! Our families are so lucky to have you in their lives.