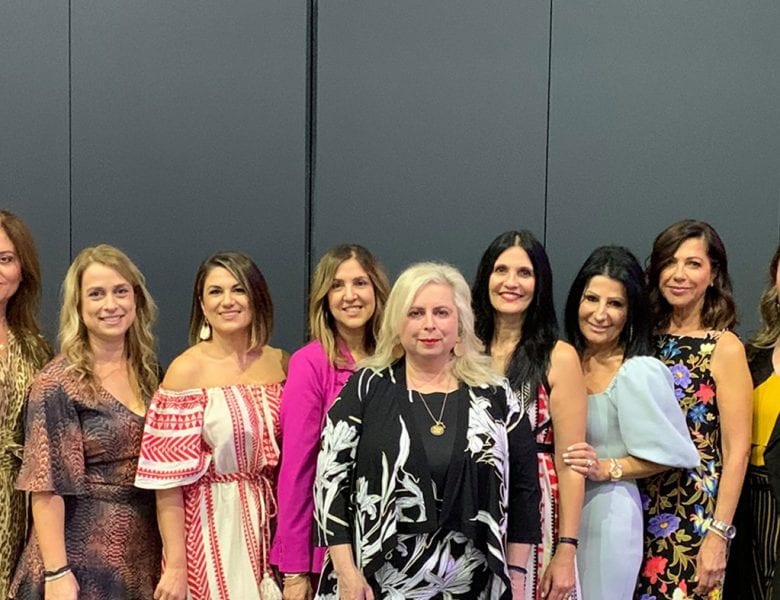 The first record to fall was the attendance figure with close to 1000 people at the event. The second and most exciting was the amount raised with the final total a staggering $186,314.61.

The funds will establish the Golden Angels Palliative Care Support Fund to help children and their families being cared for by the Hospital’s palliative care service. “The fund is about helping children in palliative care and their parents in all aspects of their life including funeral costs, equipment for home use to enable the child to remain at home longer, transportation assistance so that a parent can travel with the sick child,” Vicki Antoniou, Founder of the Golden Angels, said.

“Having a child in palliative care and being in a tough financial situation is a position myself and the Golden Angels committee could not imagine being in. Even though we are not with the child and their family, it feels as though we are shining a light at a very dark time in their lives.”

The 2019 High Tea included singing performances by The Voice’s Henry Olongo and international singer Jyoti Singh, a fashion parade by Carla Zampatti, while the fundraising came through ticket sales, donations, sponsorship, the wine wall, a travel raffle, and a silent auction comprising close to 200 items. Commonwealth Bank, Format Homes and Pure Vision Wines were amongst the long-time major sponsors.

“People are so generous when it comes to supporting sick children and their families, whether it was by their attendance at the High Tea where we had over 53 corporate tables, sponsorship, donating wine for the wine wall, items for the silent auction and two international air fares from King William Travel. Everyone wanted to support this event so much,” Vicki said.

“The High Tea is not just an event about raising money, but also educating people about the palliative care service at Adelaide’s Women’s and Children’s Hospital and the many heartfelt stories from the families. This year Sara Fleming from the Hospital, the Women’s & Children’s Hospital Foundation CEO Jane Scotcher, and Marty and Michelle Roberts, whose son Sam was cared for by the palliative care service all spoke.”

Since the first High Tea in 2014 which saw 380 people attend, the event has continued to grow and Vicki credits the Golden Angels Committee for making it happen.

“A lot of hard work goes into this event. Our Committee sacrifice time from their work and families to make it the success it is today. Without these wonderful women, the High Tea would not be possible. It’s important that these amazing women be acknowledged and recognised for their amazing work.