Monique O’Donohue started her Mother’s Day in the best possible way… a sleep-in! Cuddles in bed with her two children Levi and Maddie, unwrapping the thoughtful presents they made and chose for her, and a picnic in the Botanic Gardens completed her lovely day.

Monique’s four-year-old daughter Maddie is a bundle of energy. She has enjoyed starting kindy this year and on Mother’s Day loved exploring the Botanic Gardens with her older brother.

However, the freedom to enjoy nature and play hasn’t always been Maddie’s way of life. Two years ago, she was diagnosed with Stage 4 Neuroblastoma. In the first year of treatment, Monique and Maddie spent 265 days at the Women’s and Children’s Hospital (WCH). The following year, they spent 150 days in Hospital with most of the time spent in the Michael Rice Oncology Ward and Clinic.

Monique shares her family’s story, which truly shows why she is a Super Mum.

“It was gut wrenching and terrifying to be told your daughter has cancer. Maddie was two-and-a-half at the time. There were no signs that she was unwell until the few weeks leading up to the diagnosis, when she had a virus and a temperature, which is fairly normal for someone her age.

“I also noticed her sleeping was quite restless and she had an extreme temperature. After several visits to GPs, blood tests and scans, a massive tumour was found behind Maddie’s stomach, with the cancer already spread to her hips and shoulders.

“We were taken to the Michael Rice Oncology Ward, which became our home for the next two years. Maddie underwent five months of chemotherapy to shrink the tumour to a ‘safer’ size where it could be operated on. In this eight-hour operation 95% of the tumour was removed. Four more months of aggressive chemotherapy and two stem cell transplants to attack any remaining cells followed. This meant lengthy stays in isolation and ICU with additional unexpected side effects. 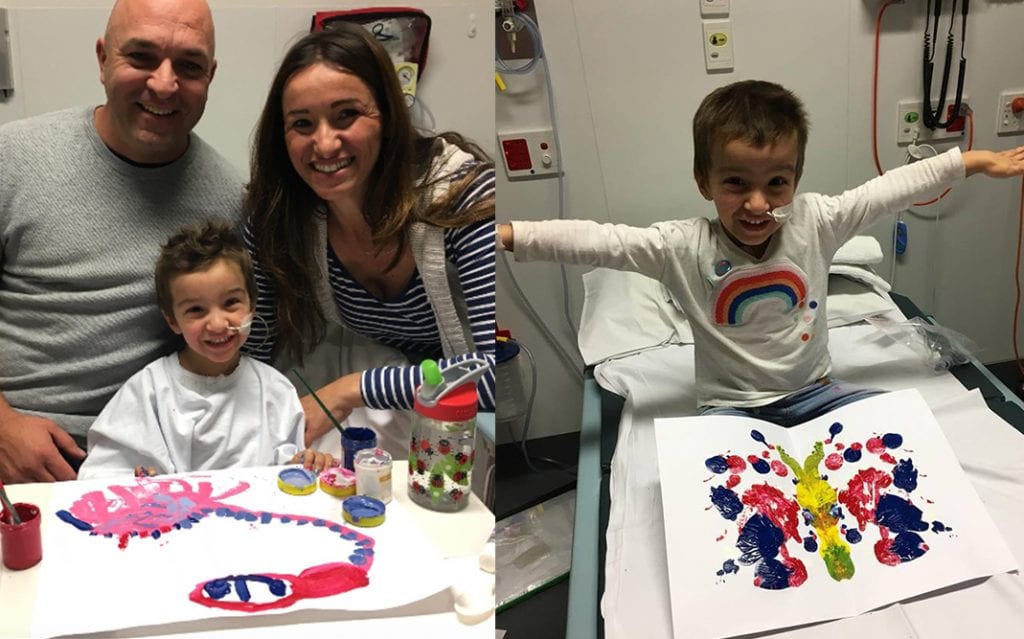 Simon, Monique and Maddie O’Donohue in the Women’s and Children’s Hospital.

“Maddie also had 20 radiotherapy treatments at the Royal Adelaide Hospital, whilst still having treatment at the WCH including six months of immunotherapy and more than 25 transfusions of red blood, white blood, platelets, plasma and ongoing kidney treatment.

“There is a 50% chance the cancer can come back. Maddie now spends at least one day per fortnight at the WCH when tests for her blood levels and kidney function, along with other check-ups take place. Every three months she has scans to see if the cancer has come back. At the moment the cancer hasn’t returned, and she seems to be going OK, but it’s so scary that the doctors think that it could come back that quick.

“Levi, who is nine, understands what Maddie has been through in the way an adult does. He worries like my husband Simon and I do. Leading up to a scan we try not to make him aware of it, because you can see he does worry. When we tell him the results, you can see the relief on his body like myself and Simon feel. 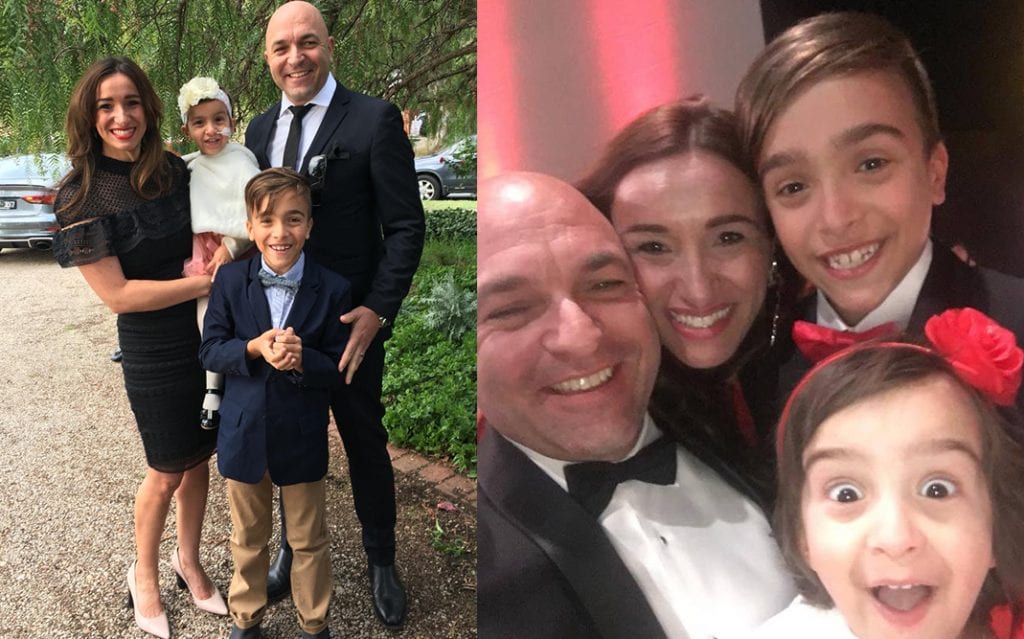 “Maddie always asks when we will visit the doctors and nurses, because she misses them. The teachers from Hospital School and the play therapists were also wonderful during our time there. They made sure she wasn’t missing out on being a child and made the environment as comfortable for her and that was really comforting for us.

“Motherhood is the most valuable and important thing I have ever done. You study and you strive to achieve in your career, but being a mum is the most humbling thing. The love you feel and get back from your children and the journey they take you on is so special. Every day you are so proud of them, especially watching their strength and love for life.”