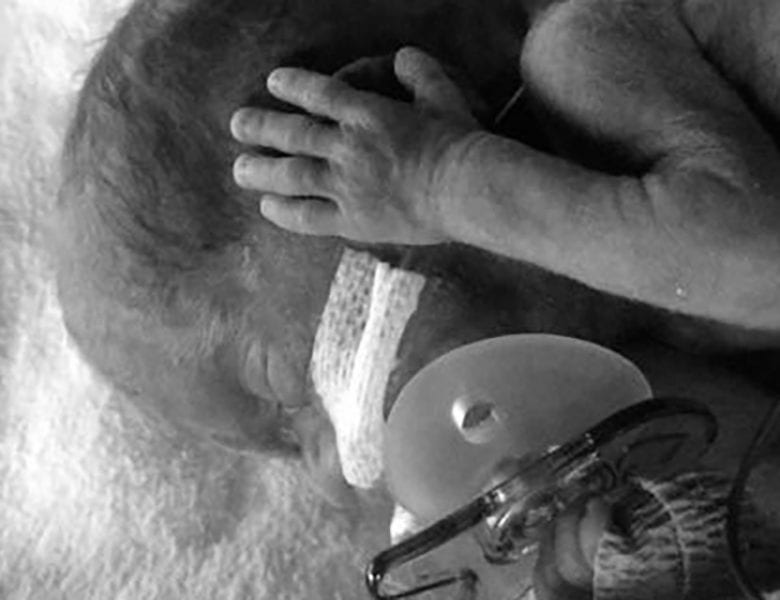 Whether it is hosting tea parties and picnics or playing with her toys, four-year-old Harper – the winner of our cubby house giveaway – is going to love having a special retreat she can call her very own.

Harper, who was born prematurely at 26 weeks at the Women’s and Children’s Hospital, is now the proud owner of the unicorn-themed cubby house created by the staff at Mossop Construction + Interiors, as part of their team building exercise called ‘My Cubby House Rules’.

Mossop Construction + Interiors, the company leading the sustainment project at the WCH, wanted to bring a smile to the face of a patient by delivering them a special cubby house.

Harper’s mum Kelli Nelson said this has definitely been accomplished. 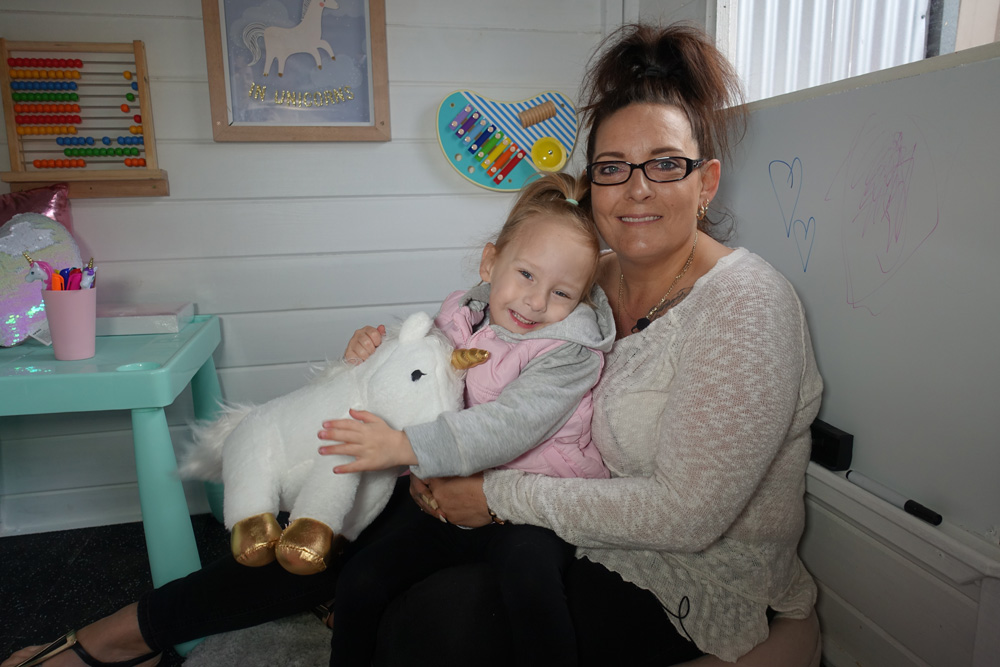 Harper and her Mum Kelli in the cubby house on the day it was delivered.

“At my 12-week scan it came back that I had low Papp-A level, meaning that Harper could have a lower birth weight as my placenta was not working as well as it should have been and that there was an increased chance of an early birth,” Kelli explained.

“At the 20-week scan it showed that Harper was not growing and that my placenta was the size of an apple. From this point we had scans three times a week.

“I was admitted into the WCH at 26 weeks and our doctor said Harper needed to be delivered then or there was a high risk she would not live.

“Harper was born weighing a tiny 380 grams. After spending 97 days in the Neonatal Intensive Care Unit and Special Care Baby Unit we were able to leave the Hospital. The day we arrived home was two days after Harper’s actual due date.”

As a result of her early birth, Harper has global development delay, chronic lung disease and anxiety.

“We spend quite a lot of time at home, because of Harper’s anxiety and low immune system, which can be quite isolating, but the cubby house will be Harper’s domain,” Kelli said. Harper was born at the WCH at 26 weeks. She is now aged four.

“She loves to do a lot of role play with her soft toys, so the cubby will be a relaxing place where she can play. I also imagine we will have tea parties and picnics in the cubby, and games of hide and seek.” Mossop Construction + Interiors hosted ‘Cubby House Rules’ that aligned with the start of the sustainment works at the WCH. The workshop was aimed at team building with a strong focus on creating a child centric mindset within the team as per the overall project objectives for the Hospital.

It was a fun filled afternoon where four teams battled it out to construct four personalised cubby houses for four children receiving treatment at the Hospital.

At the end of the day the cubby houses were presented to each of the WCH charity partners, the WCH Foundation, Starlight Foundation, Ronald McDonald House and Make-A-Wish Foundation.

In mid-July, the WCH Foundation launched a competition to find a proud owner of the cubby house. In entering the competition, parents were asked to share why their child would love the cubby.

The team at Mossop selected Harper as the very worthy recipient for the magical unicorn hideaway, with Harper’s ongoing medical issues they wanted her to have this cubby house as a place to retreat to and play with all her stuffed toys.