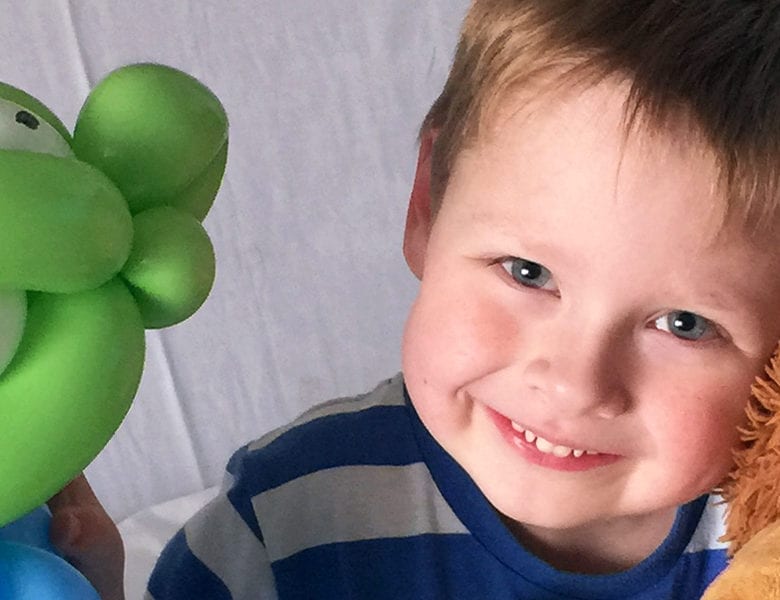 When cases of COVID-19 began to spike in Australia, Venita Coutts made the decision to take her 11-year-old son Ezekiel out of school. If Ezekiel contracted coronavirus his parents were extremely worried about the effect it would have on his health.

Ezekiel suffers from chronic kidney, liver, and lung diseases; conditions he was born with and have resulted in regular visits to the Women’s and Children’s Hospital since birth.

“Without the Hospital Ezekiel wouldn’t be here today. The nurses and doctors who have cared for him have always been so professional and caring,” Venita said.

Despite self-isolating for three weeks, Ezekiel became incredibly unwell in late-March, with what looked like a type of pneumonia, and was rushed to the Women’s and Children’s Hospital via Medivac flight from their hometown, Mount Gambier.

“Ezekiel has been flown to Hospital many times before and, like I have done previously, I raced back home to collect our belongings before the plane arrived,” Venita said. Since birth Ezekiel has spent a lot of time receiving care in the Women’s and Children’s Hospital.

However, this time was different. Due to COVID-19 restrictions, Venita wasn’t able to accompany her son on the emergency flight as she normally would. Instead she drove five hours to Adelaide early the next morning.

“I was devastated. That moment was so heartbreaking for me as I couldn’t be with my son who was so sick, but the doctors took exceptional care of him and rang me close to midnight to say they had arrived safely at the Hospital,” she said.

Ezekiel was initially admitted into the ward assigned to COVID-19 patients where they tested him for coronavirus plus other viral and bacterial infections.

Venita said, “He was showing symptoms for a virus and I just kept thinking how could he have contracted it? We had had him at home.”

Each test thankfully came back with a negative result, and he was later diagnosed with severe sepsis due to an unknown cause.

“He was moved into the intensive care unit and placed on three different IV antibiotics, which brought the infection under control,” Venita said.

Ezekiel’s story is just one of hundreds that show health conditions children have battled long before coronavirus don’t stop during the pandemic. The care they require at the Women’s and Children’s Hospital continues to be vital.

“The infection was so cruel and horrible for Ezekiel and it broke my heart to watch him put up with so much in just 12 days. It was enough to last a lifetime.”

When Ezekiel had been admitted to Hospital in the past, another family member or his dad, Allan, had always been at his side to offer support. However, this time due to the COVID-19 regulations and infection prevention, just one consistent support person could be at a patient’s side.

Venita said she found the 12-night hospital stay quite surreal.

“Even though Ezekiel didn’t have coronavirus, the changes made in the Hospital due to the pandemic had a big impact on our time.”

“I was told to limit my time outside the Hospital to just when I had to move our car. This meant I left the Hospital every couple of days and as the cafes and shops were closed my meals were delivered to our room.”

Now back home in Mount Gambier, Ezekiel has recovered and is increasing the number of hours he goes to school each day.

Venita said, “After being at the Hospital and speaking with the nurses, I felt a lot calmer about how prepared the Hospital is if we did have an outbreak of coronavirus in South Australia. To see the precautions put in place was reassuring.” 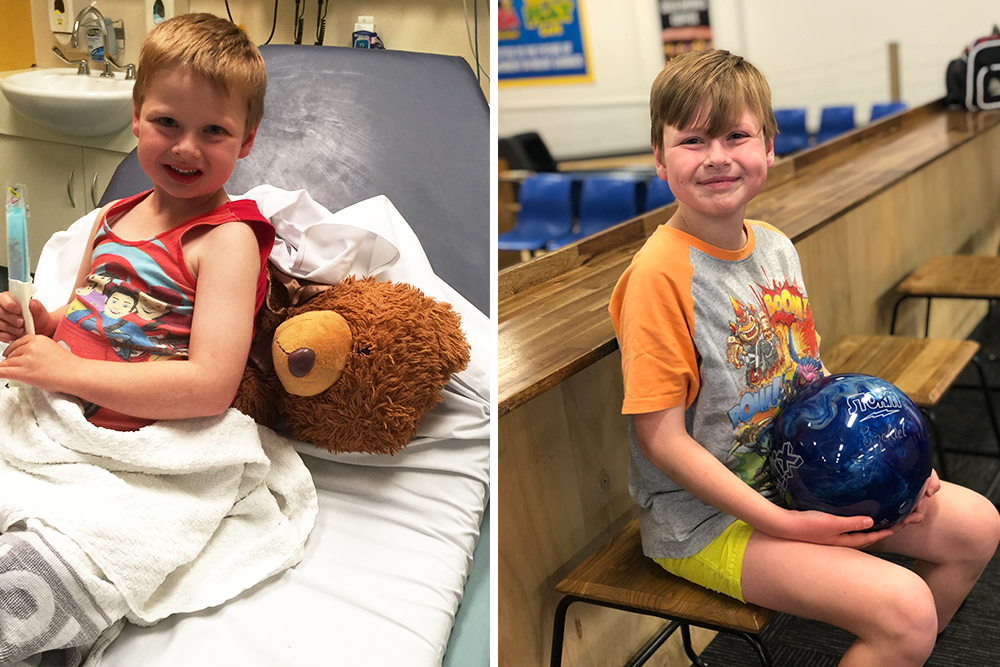 Ezekiel’s hobbies include playing with Lego and video games. He also likes swimming and has begun to play the trumpet.

To learn more about how the WCH Foundation is responding to the priority needs of the Hospital and patients, like Ezekiel, through these unprecedented times, click here.