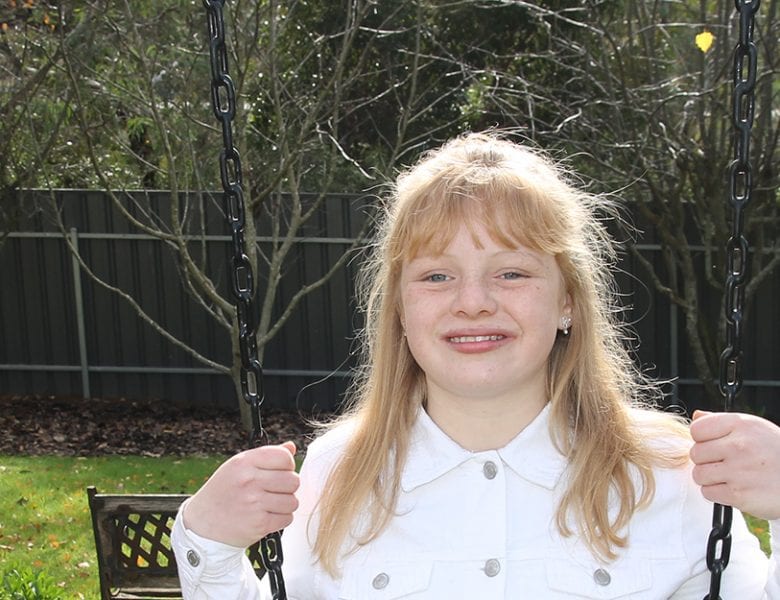 Madi’s story: her road to getting home

“Mum’s lasagne, our pet dogs and the TV in my bedroom.” That is the response from Madi Fox when asked what she missed most about her family home while in the Women’s and Children’s Hospital.

Madi is one of almost one million Australian children and young people admitted to hospital each year, and after spending more than six months in the WCH, Madi has experienced what it is like to feel home sick. 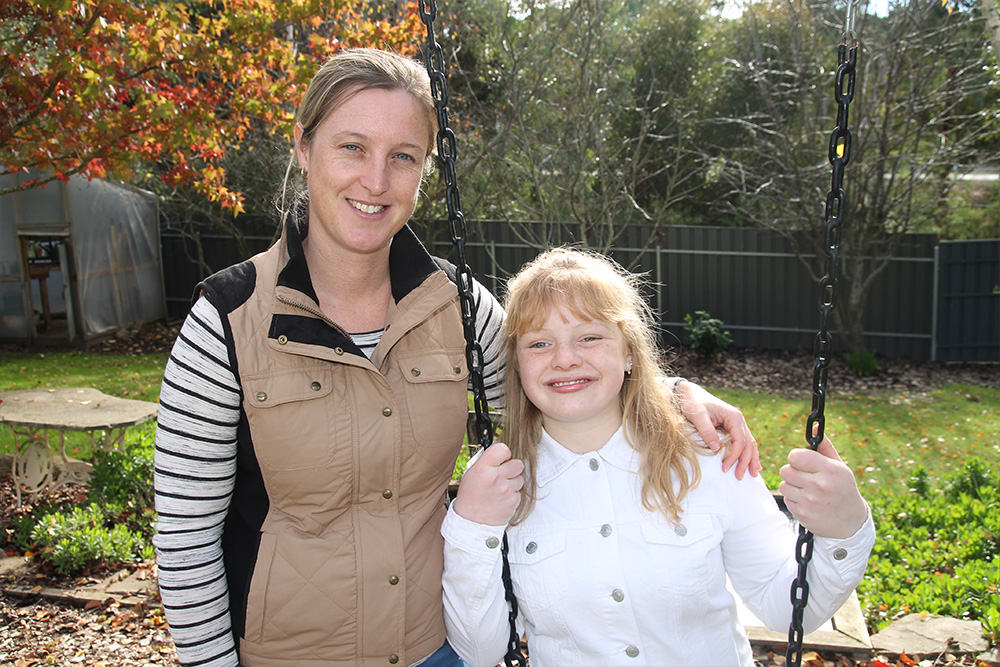 Madi Fox with mother, Sally, four years after her accident.

Almost four years ago, Madi – who was nine at the time – was hit by a car, while walking Bentley, her family’s dog in the Adelaide Hills. She sustained a traumatic head injury and had bleeding on her brain.

“Madi’s friend came rushing through the door saying that Madi had been hit by a car. They had been walking a street away from our house. I ran to Madi and a lady was giving her CPR.

“When the ambulances arrived, Madi was transported in one and I was in the other. The ambulance driver told me to call a family member and that Madi’s condition was serious. I was praying for a miracle from the start.”

“It was 55 days before we had any response from her. The first sign from Madi showing she could hear us was a thumbs up,” Sally said.

Madi’s rehab program was intense. She had physiotherapy, speech therapy and occupational therapy every weekday. Madi Fox had to learn how to walk, talk and eat again after being hit by a car.

“The rehab team still say Madi didn’t complain even when she didn’t want to go to rehab,” Sally said.

“She didn’t give up and was determined not to stay in a wheelchair. She’s my little fighter.

“If we hadn’t had the support, we had at the WCH Madi wouldn’t be where she is today. The support and reassurance from the doctors and nurses got us through the trying time.”

While Madi was in the Hospital, Sally and Madi’s brother Tyson lived at Adelaide’s Ronald McDonald House.

“I would spend 10 hours a day at the Hospital and Tyson was at Hospital School. Each night we would leave Madi, we could hear her crying,” Sally said.

“When you are away from your own home for so long you realise how being in your own surrounds is so comforting and how much you miss it. I missed my own bed, our pets, having a backyard, fresh air, and the normality of life at home.”

The day Madi was able to go home, is her most fond memory.

“We had a going away party with the nurses and rehab staff who had looked after me,” Madi said.

Four years on, Madi is a keen basketballer and loves to practice shooting goals in the backyard. She is back at school, has tutoring every week to continue to help with improving her speech and still sees a physiotherapist.

“In the Hospital, I wanted to do a lot of stuff by myself and I tried, but it was hard. Getting help from the doctors, nurses and other staff was good. Having Mum with me also made me keep going,” Madi said.

“Now I want to keep improving my running, because I like running fast.”

The Women’s & Children’s Hospital Foundation has teamed up with children’s hospitals across Australia on a unified mission – #CuringHomesickness.

Every day there are hundreds of thousands of children in hospitals around the country.

With the support of the community, we are raising vital funds to get kids in hospital home sooner or for those that cannot go home, help make them feel more at home during their treatment.