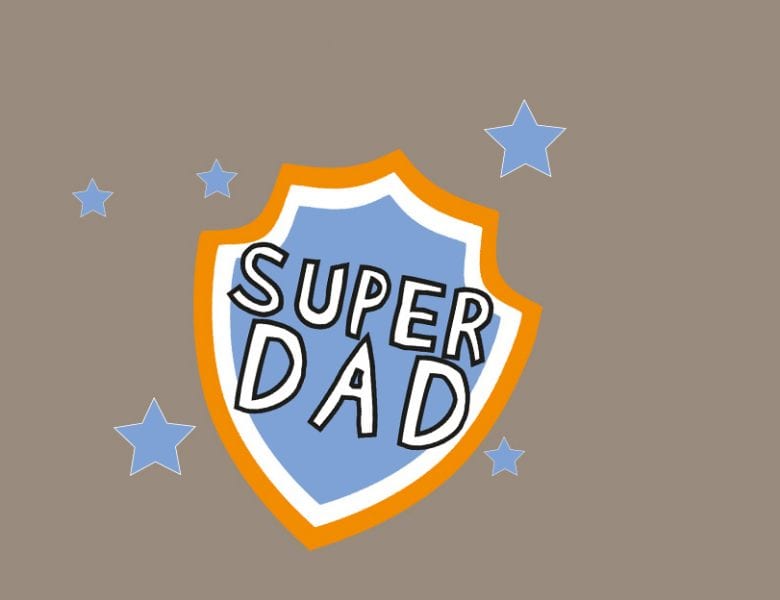 Our annual Super Dad campaign once again truly moved the staff at the Women’s & Children’s Hospital Foundation and Charlesworth Nuts. More than 100 people sent in nominations for the Super Dad in their life. All shared stories of Super Dads who provide love and support for their families.

Many of these families face battles most of us could not conceive and throughout their Super Dads show incredible strength. They are inspirational.

We are delighted to announce our winner is father-of-two Brett. Charlesworth Nuts and the WCH Foundation were so moved by the Super Dad nominations we have also selected three amazing finalists Jason, David and Dale.

All have won a Presidential Hamper valued at $99 each thanks to Charlesworth Nuts.

Meet Brett, nominated by a group of his close mates. This is one of the nominations received! Brett with his daughters.

Brett is a dad like no other. As the father of two beautiful girls Brett has faced battles most of us could not imagine. Diagnosed with testicular cancer in 2007, after the fight of his life, Brett recovered.

A 100% positive approach to life saw Brett recover from his own cancer only to be faced with an even bigger challenge. His amazing wife was too suffering her own health problems after a kidney transplant failed after 10 years. This left her requiring dialysis. Brett rose to the challenge, seeking basic nursing training which enables him to administer the dialysis in his own home every second night rather than trips to hospital. This provides his wife with the opportunity to be a ‘mum’ at home with some sense of normality.

All the while Brett fulfills the role of Super Dad, coaching the girls’ netball, taking them to school and working from home when necessary to help his beautiful wife.

Brett epitomises what it means to be a dad, not only for his kids but for his wife. Brett provides inspiration to so many people that know him, each of us recognising that whenever we are having a bad day, this guy is doing it even tougher… Charlesworth Nuts for a Super Dad, well – we would be nuts if he didn’t win! After our son Tyler was diagnosed with cancer last April, he was in hospital for four months recovering from brain surgery. Dave stepped up and took on a much more active role as a dad.

The first couple of months were very intense, our son had severe posterior fossa syndrome. He would thrash around and scream out constantly, barely slept and was unaware of the world around him. There were moments it was hard to watch, but Dave never left Ty’s side.Once Tyler got to come home, Dave returned to full time work and still helped me once he got home every day. He was there to share the moment Tyler started talking again, four months after brain surgery.

Our gorgeous boy Tyler passed away just before Christmas last year, this will be Dave’s first Father’s Day without Tyler, who was his only child.Since December, Dave has helped me to keep Tyler’s memory alive at every opportunity we can.  He even helped me create a new garden, now known as Tyler’s Garden. It was hard work, but very worth it for both of us. It’s a happy place we can spend time in thinking of Tyler. Sarah and Jason with their family.

Where do I start!? Jeb (Jason) came into our lives just under five years ago. I was a single mum with five children, one with complex medical needs. Zackary my youngest has Treacher Collins syndrome. I was worried that Jeb would become too overwhelmed with the largely medical controlled lives we live but he took to Zack and my four others so well.

He was thrown in the deep end with Zack’s extensive stays in hospital, check-ups and helping me care for him. During a three month stay in hospital, Jeb was there by his side reading, colouring, playing, holding his hand and guiding him through the hard times.

Never once has he left my other children out or made them feel like they weren’t included. He has taken the time to understand them all and encourage them all individually to succeed in life, as well as be the positive happy dad role we all so badly needed. He is truly a Super Dad and a superhero to us. I am a single mum of a very special 12-year-old boy named Julian. Julian has three rare diseases, tumor necrosis factor receptor-associated periodic syndrome, long QT syndrome and thrombophilia. He also battled asthma and an array of other issues that arise from side effects and treatments of his illnesses and of course due to all of this, we see many specialists at the WCH.

I can’t drive as I have a brain condition and my mother is also fighting lymphoma and has weekly chemo. Public transport is also very difficult as Julian is immunosuppressed. So, who steps in to help with all our appointments and tests? My Super Dad! And Julian’s Super Papa!

My dad, Dale, has been amazing not only to me but has been a great father figure to my son his whole life.

Since the day Julian was born my dad has driven us to every single one of his hospital appointments, surgeries, blood tests, ultrasounds and scans. He’s driven in late at night to bring Julian’s special sleep toy when we have been admitted into the WCH.

He’s done multiple laps of the Hospital looking for the perfect vending machine that has Julian’s favourite drinks, all while also looking after my sick mum. Dad is 66 years old, ex Aussie army officer, father of four, papa of three and after how difficult the last few years have been for us, I would love to surprise him with being titled a Super Dad!

We wish all the dads in our community a very happy Father’s Day!