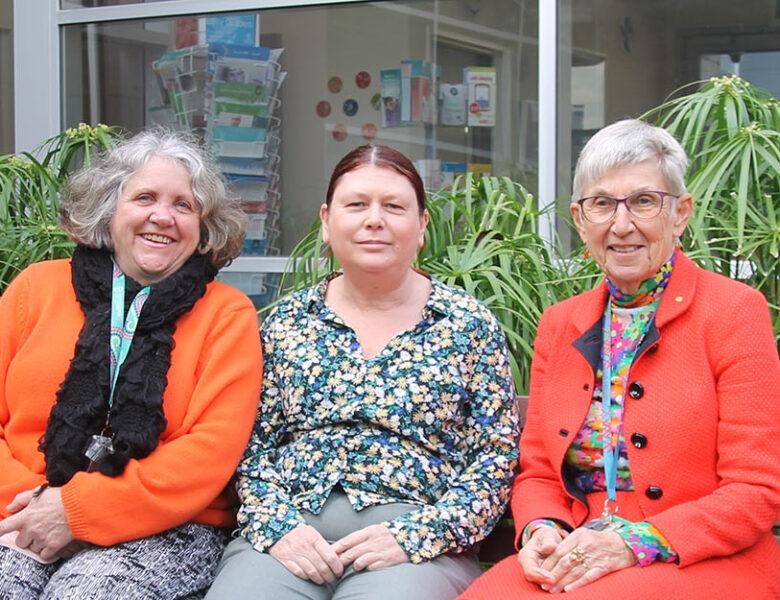 For Mental Health Awareness Month, we want to thank the amazing team at Helen Mayo House who provide inpatient services for parents who have significant mental health problems in the postnatal period.

23% of women admitted to Helen Mayo House have a clinical diagnosis of borderline personality disorder (BPD). BPD is a severe mental health problem that is traditionally stigmatised, under-recognised and undertreated.

Women with BPD often become extremely dysregulated with the problems of new parenting, such as sleep deprivation, the demands of a new baby and the change in family dynamics.

“Women with borderline personality disorder often have histories of problematic and/or traumatic parenting in their own childhood, and thus when they have an infant of their own, they are beset by two sets of problems: they want to parent in a different way than how they were parented but do not have an appropriate model in their heads, and they want to keep calm with their infants but cannot regulate their emotions.”

“Women quickly become suicidal, depressed and angry. This has ongoing known effects on their infants which become entrenched in behaviour and mental health difficulties as the child grows.”

Women with BPD exiting Helen Mayo House, as well as community referrals, are offered mother-infant dialectical behaviour therapy (MI-DBT) which consists of 24 weeks of group therapy. This has shown excellent improvement in participants’ mental health and parenting confidence, however, interviews with the parents one year on have shown that they wished therapy went longer as they found it difficult to practice these newly learned skills once the program finished, and other techniques show that their relationship with their infant can remain compromised.

With funding from the WCH Foundation, a 10-week home visiting intervention focused on direct work with mother and infant has been set up to extend therapy past the already established 24-week MI-DBT program.

This mother-infant therapy, ABC (antecedents, beliefs, and consequences), has been shown to significantly improve relationships between mother and baby and create better developmental trajectories for baby. Chris Yelland, Helen Mayo House Senior Clinical Psychologist, explains that this extended therapy is a great addition to what patients are taught through MI-DBT.

She says, “In MI-DBT, participants learn general skills about managing their own emotions and relationships, and general information about being with their children and supporting their emotional and social development, but adding mother-infant therapy lets them add to that to address their specific issues and needs. After they’ve gotten the general information, they can address any problems specifically.”

Sally Watson, accredited Mental Health Social Worker, has been recruited to run the extended therapy and she says, “The families involved are very engaged.”

Associate Professor Sved Williams says, “It is expected that this additional therapy will provide the appropriate ongoing support and reinforcement of MI-DBT skills, as well as direct therapy for the mother-infant relationship, thereby setting a more positive life trajectory for the infants.”

Associate Professor Sved Williams will be talking about the world of perinatal and infant mental health on Word Mental Health Day, 10 October, at a free lecture auspiced by the Royal Australian and New Zealand College of Psychiatrists. Register for free here.