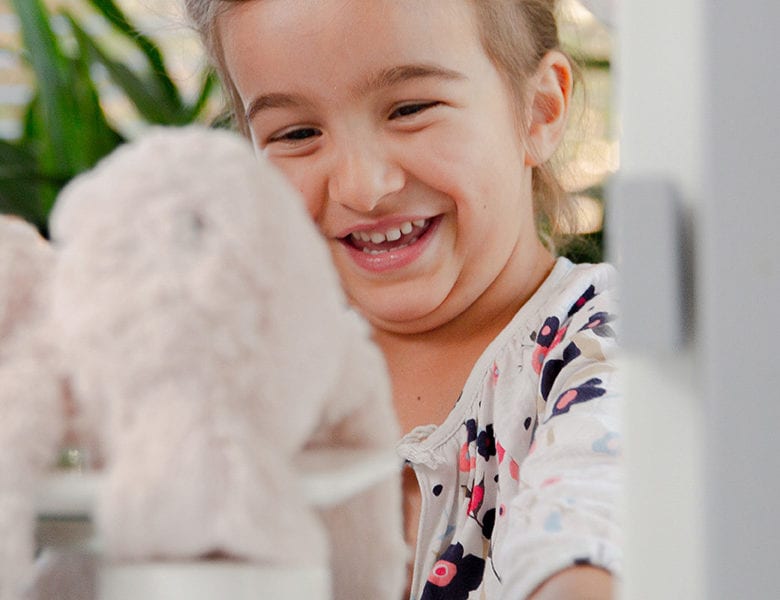 For Children, Play is Everything

Play Therapy forms a crucial part of the Women’s and Children’s Hospital’s Arts in Health program, which is this year celebrating 10 years. Arts in Health creates an environment where sick children and their families feel calmer and supported, even when facing the most challenging situations.

There are many children who spend months or even years of their life in hospital. When the Hospital becomes their home away from home, they need your support.

Hospital became home for Maddie, a close friend of the WCH Foundation, when she was diagnosed with stage 4 neuroblastoma at just two years of age. In the first two years of treatment, Maddie and her mum Monique spent 415 days at the Women’s and Children’s Hospital.

Maddie underwent five months of chemotherapy to shrink the tumour to a ‘safer’ size where it could be operated on. In this eight-hour operation, 95% of the tumour was removed. After this surgery, four months of aggressive chemotherapy and two stem cell transplants to attack any remaining cells followed.

Play Therapy played a crucial role in her recovery. 11 May 2017 – Maddie enjoying her craft at the Women’s and Children’s Hospital.

“It was gut wrenching and terrifying to be told your daughter has cancer, I had to put away my fears and concerns, and tried to make being in hospital seem like it was ‘normal’,” Maddie’s mum, Monique said.

“Play helped us do this and broke up the horrible feeling of being stuck in hospital.”

Please take a moment to watch Maddie’s story and donate today. When the Hospital becomes home away from home, Play Therapy is critical for a sick child’s mental wellbeing and recovery while in Hospital.

Support play in your Hospital

Play for children like Maddie is not just a distraction from their medical journey, it is how they understand and survive their day-to-day life in hospital, as well as allowing them to still be children.

For children, play is everything.