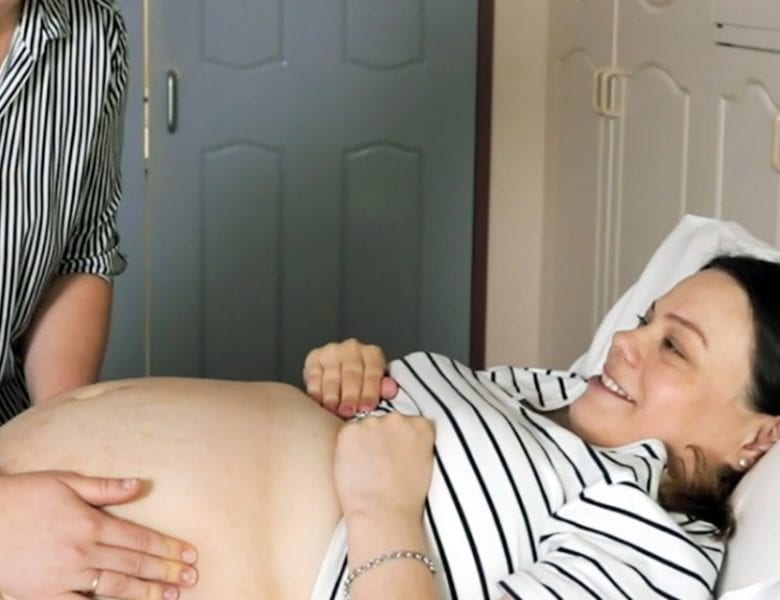 When Angela Berg wakes on Sunday 12 May (albeit it could be in the early hours thanks to six-month old daughter Penelope) it will be a morning to remember with Angela celebrating her first Mother’s Day.

Angela and husband Nicholas welcomed Penny into the world on 6 November 2018 at the Women’s and Children’s Hospital.

“Honestly, Penny is our everything and we are so lucky to have her,” Angela said. Angela during her final term of pregnancy at the Women’s and Children’s Hospital.

However, as all mums can attest to, motherhood can deliver many challenges.

“I am a Type 1 diabetic and therefore Penny was a high-risk pregnancy. Due to placenta failure, I had an emergency c-section at 36 weeks,” Angela said.

“Penny spent her first six days in the Special Care Baby Unit. Because I am a Type 1 diabetic, there was high-risk that Penny would have low blood sugar and when she was born her level was at 0.3. But Penny was amazing, she showed us her strength and we went home on the seventh day.” Angela with Nicholas and daughter, Penny, at the Women’s and Children’s Hospital.

For the first 12 weeks after coming home Penny had bad reflux and at the end of January Angela was diagnosed with Post Natal Depression (PND).

“I was on near to no sleep and needing to manage my Type 1 diabetes with breastfeeding and Penny’s reflux added to the challenge. I wasn’t prepared for how hard motherhood would be, but I got through it though, because I love her, and I’ll do anything for her.”

Angela is open to talking about PND, a condition she thinks more people need to discuss.

“It’s OK to not be OK,” she said. “Since I was diagnosed and have engaged in the support available, I have been a lot better. PND is not something I am proud of, but I am proud of how far I have come since being diagnosed.

“Becoming a mum, has made it so worth going through what I have been through. I would do it all again in a heartbeat.”

With Mother’s Day marking the first of many celebrations to come in future years in the Berg household, Angela said her main goal is to “raise Penny to be kind, nice and respectful and to be a good person”.